Nepal-India Chamber of Commerce and Industries 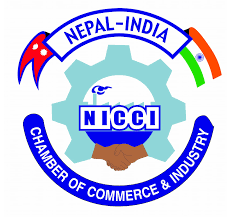 Nepal and India, despite their vast differences in size and population, are closely held together by their culture and traditions. A history of close co-operation and friendship between the people of these two nations has been greatly facilitated by the long and open border and close economic ties between these countries. In the past few decades, there have been tremendous progress in economic relationship between Nepal and India. In the recent years, the two countries have successfully concluded very important treaties such as, Nepal-India Trade Treaty 1996 and its subsequent renewals in 2002 and 2009, Nepal-India Transit Treaty, Agreement to Control Unauthorized Trade between Nepal and India, Railway Service Agreement, Bilateral Agreement For Avoidance of Double Taxation & Prevention of Fiscal Evasion with respect to Taxes on Income, Mahakali Treaty and Power Trade Agreement, to name a few.

Nepal has the largest volume of trade with India. Nepal also has the largest trade deficit with India, and this figure is increasing from year to year. Of late, it is widely felt that Nepal must concentrate heavily on import substitution and in setting up and furtherance of export-oriented industries. To achieve this, Nepal must attract direct foreign investment with more and more value additions in Nepal so that it may industrialize faster and also increase trade with India so as to reduce the trade deficits with the trading partners.

The genesis of NICCI

Nepal India Chamber of Commerce and Industry (NICCI) is a non-governmental organization with the legal status of a non-profit making and autonomous entity. It was formed with ad-hoc Committee in 1993 and registered with District Administration office, Kathmandu on August 29, 1994 (13 Bhadra 2051).

Since the Chamber is a bi-national organization of Nepalese businessmen and industrialists having business relations with India and Indian business community doing business with Nepal, the primary aim of NICCI is to promote Joint Venture Investment and economic relations between Nepal and India through the good bilateral relations and co-operation subsisting between the two countries. NICCI also helps Indian companies to find partners for trade and manufacture in Nepal. It is a forum to discuss and resolve problems and issues faced by the member organizations, and it also represents them to appropriate authorities to work on industry-related issues.

Presently, it has 167 members from leading Nepalese and Indian companies and Indian Joint Venture companies. It is the only body established in Nepal for the mutual benefit of India and Nepal in terms of trade and commerce.

Nepal-India Chamber of Commerce and Industries 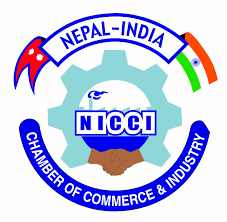 "Fostering and facilitating economic activities through the promotion of bilateral trade, investment and industry between Nepal and India"

"To be widely recognized forum between the business community of Nepal and India for enhancement of bilateral trade and investment in both the countries with quality services to members."