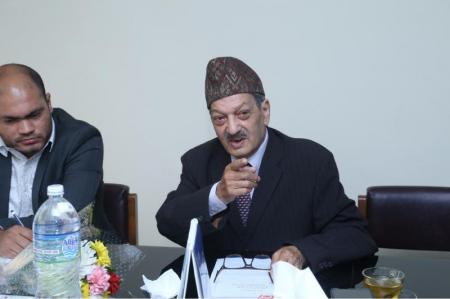 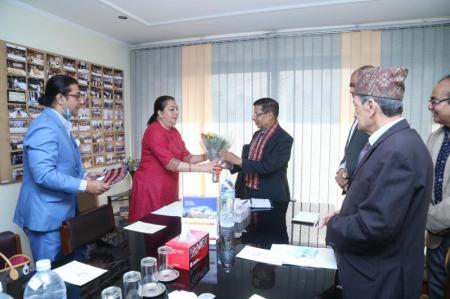 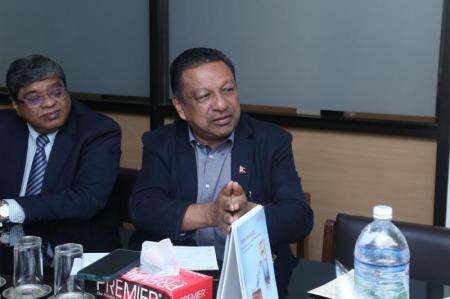 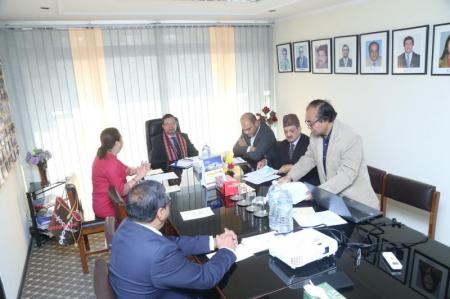 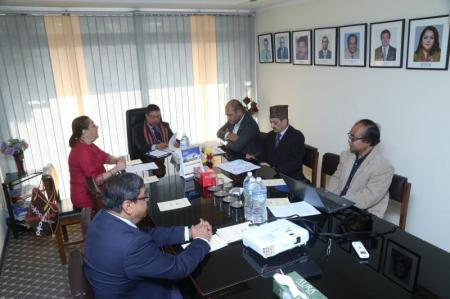 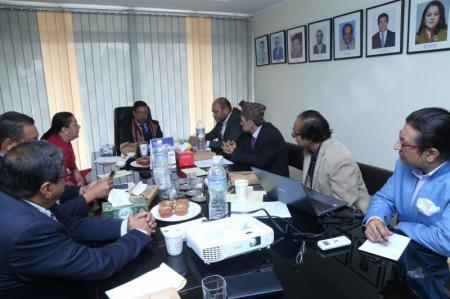 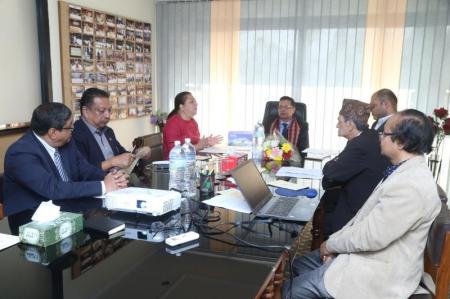 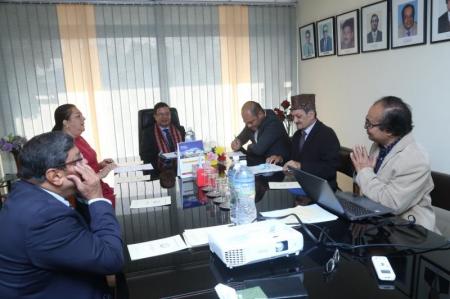 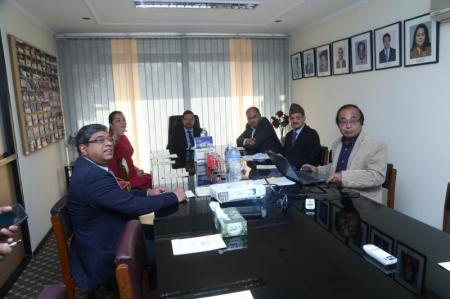 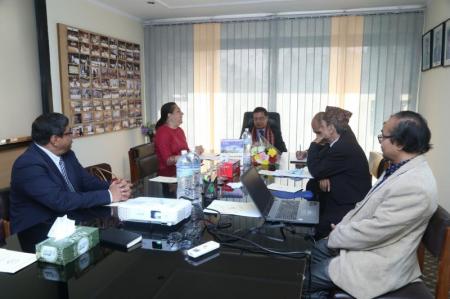 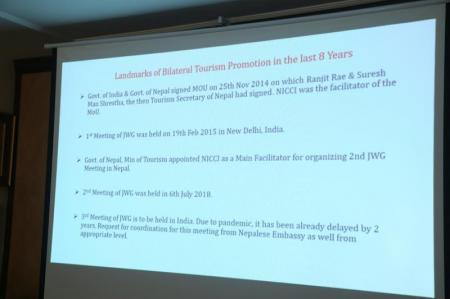 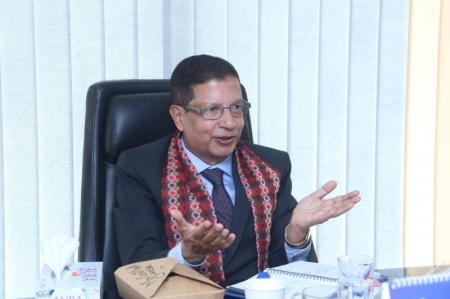 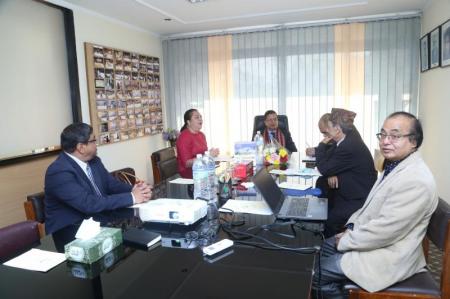 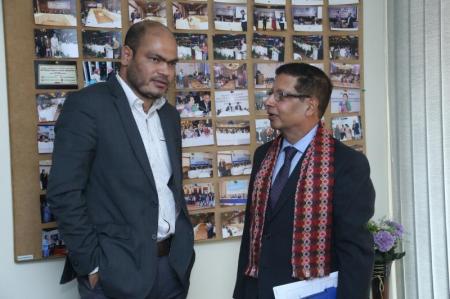 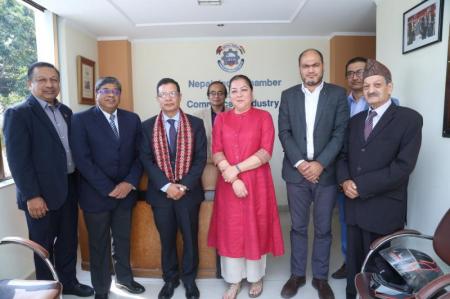 Mrs. Shreejana Rana welcomed the Ambassador Sharma and briefed on NICCI and its activities. President further informed the Ambassador Sharma that NICCI have been working on Coffee Table Book and website for the promotion of Nepal-India Cross-border Religious Circuits (Buddhist, Ramayana, Mahabharat, Shiva Shakti and Sikh circuits in Nepal and India with experts of those circuits from Nepal and India) for bilateral tourism promotion, which us now almost in final phase and very soon it will be published and launched. Mrs. Rana requested Dr. Sharma for support on this so as to have ownership of Nepalese Embassy in New Delhi on this initiative as it is the matter of promotion of the tourism in both the countries.

Secretary General Mr. RB Rauniar also shared the issues related to Nepal-India Trade & Transit in which Dr. Sharma could play and important role to resolve the issues like, documents to be presented in custom on import via transshipment and via road transport where there is no uniformity, development of infrastructure in Indian side custom (especially at Panitanki custom at Indian side). Another issue is to connect rail connectivity to Kathmandu from Birjung for drastic cut down the logistic cost while importing the goods.

Treasurer of NICCI Mr. Gyanendra Lal Pradhan, also put his suggestion to H.E. Ambassador Dr. Sharma that since Hydropower is the area where big investment could come as now the investors from both the countries have interest on this sector, so it won’t be an issue to convince big investors there in India. So Mr. Pradhan requested H.E. Ambassador Dr. Sharma to look into this and if convinced, 4-5 big investors on mega projects, there in India that would be great help for the development of Hydropower sector of the country.

Vice President of NICCI Mr. Sunil KC also briefed newly appointed Nepalese Ambassador Dr. Shamra about the programs being planned by NICCI like Nepal-India Partnership Summit to bring investors in Nepal as an annual event so as to develop Nepal as a investment destination like in 90’s era, Kathmandu-Kolkata Forum (K2K Forum) as to bring stakeholders from both the countries and discuss on entire issues on transit sector so that the way forward could be identified, to establish Nepal-India Entrepreneurship promotion Centre in Delhi so that the startups from India and Nepal could bring into contact and guide them for the further joint venture, Big investors from particular areas of India like Gujrat, Mumbai, Panjab, etc for the Hydropower project development and Power Trading in India in PPP Modal so that the energy being produced in Nepal could be traded with India which could narrow down the trade deficit with India.

Mr. Saibal Ghosh, Convener of Indian Business Forum and Vice President of NICCI also shared his views that Investing in Nepal is good enough even today compare to other countries as there we have low corporate tax and cheap labour available here in Nepal though there has been few bottleneck like repatriation issue, re-investment issue and IPR and Trademark issues.

Newly appointed Nepalese Ambassador to India Dr. Shankar Shamra, expressed happiness for organizing such warm welcome and briefing about the issues on which the Ambassador designated could focus when take charge there in India. Specially the programs which have been planned by NICCI like Partnership Summit, K2K Forum, Entrepreneurship Promotion Centre in Delhi and of-course the Coffee Table Book on Cross-border Religious Circuits to promote Tourism also, the Embassy could support and work jointly.